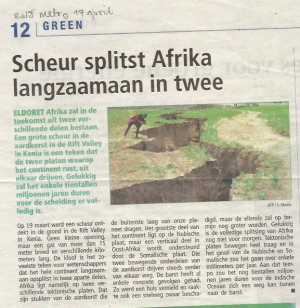 Probably there are more books that could qualify as dystopian, but these came to mind spontaneously.

About the authors and project you can read more here, but a new edition is due to be released in spring 2019. From the Pitchfork article we give an interesting quote:

“Hard times are coming, when we’ll be wanting the voices of writers who can see alternatives to how we live now, can see through our fear-stricken society and its obsessive technologies to other ways of being, and even imagine real grounds for hope,” Le Guin said in a fiery speech at the 2014 National Book Awards. “We’ll need writers who can remember freedom—poets, visionaries—realists of a larger reality.”

Now, in troubled times like … Now, what are the newer dystopics, and what do they add to the ideas and messages the previously mentioned authors wanted to put through? Currently there are World War IIIs raging through Africa and the Middle East. The world economies are changing rapidly and massively, with new power blocks popping up, and ignoring most of the established rules. The information and communication obsessed societies are ageing. Industrialisation means that the food is poisened while growing and before being harvested, ignoring any effects on life or vegetation afterwards. Up to 80 plastic bags were extracted from a dead pilot whale's stomach on a beach in Thailand, an example of the world wide human produced pollution in oceans and on land. Thousands of cities daily exceed between 10 to 100 times the particulate matter concentration, and still we go to school, to work, bike around, and picnic in the park as if nothing can harm us anyway.

Recently we came across Yoko Tawada: The Emissary, a subtle and complex novel built on demographic and ecological prognoses. Are there any others?

This is so beautifull! http://www.dystopia-utopia.com/

To start with the end: Olivier Messiaen - Quatuor pour la fin du temps (1941) (and what comes after)?

Digimag issue 77 from winter 2017-2018 deals with The Arts Ecosystem and is all about the environmental crisis, climate change, data, … To be downloaded in full colour from https://digicult.it/digimag-journal

So far for the fiction.. Oops what a fool I am: non-fiction means that this is real, but how can the future be real now at all? (.. still thinking and hopelessly puzzled…)