Summer Travelogue 2019: The creative machines that are (maybe) alive.

Lately with the proliferation of small inexpensive computer boards, and new open source algorithms like machine learning, a new sort of creative installations are coming about. Some of them take up older ideas and techniques, others are introducing new types of producing, interacting and experiencing sound/music. Reading through last year's notes let's mention some interesting music events, ideas, books that we accidently encountered while traveling. And all about sound!

During long distance train rides there are many things one wonders about. One sunny afternoon, maybe there was something in the sliding landscape, or about people walking up and down, but a simple thought came to mind: who invented the first sound recorder? and when and how did it work? Contrary to common belief, it was not the tinfoil recording “Mary had a little lamb” by Thomas Edison that was the first recorder. A certain Édouard-Léon Scott de Martinville, a typesetter/librarian from Paris invented sound recording when he wanted to make a machine that would do for the ear what the camera did for the eye. He called it “phonautograph” inscribed sounds onto paper, over time, to be studied visually. The recordings he called “phonautograms”. He refined the instrument between 1853-57, and it became a standard laboratory instrument for researchers in the then new science of acoustics. During his life he considered Edison as only improving his invention. But it is more likely that Thomas Edison came independently to making devices to reproduce sound. Still it is a remarkable instrument. It took 150 years, and then IRENE, an optical scanner was developed that could read the phonautograms. Since 2009 an informal collaborative of audio historians and sound engineers, called First Sounds, made the recordings available online. On their website you can read more about Édouard-Léon Scott de Martinville and download 3 versions of the well known French children song “Au clair de la lune”, reproduced by IRENE. 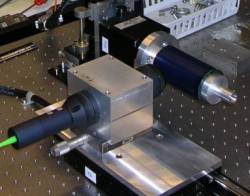 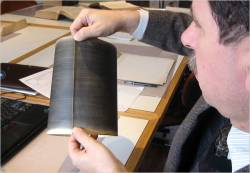 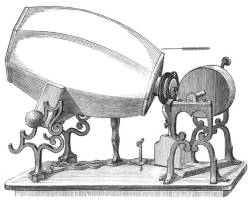 But what about today, can we make a recorder ourselves? There are some DIY designs online, but most of them don't really have a good quality, or don't produce anything else than the cheaper commercial counterparts. But then we ran into the Audiomoth, a device for recording in nature, by an UK based research group. They produce it in batches and are stimulating open science projects with it. The device is tiny, consumes few power, and is a full-spectrum acoustic logger. AudioMoth can record from audible frequenciesto ultrasonic frequencies. It is capable of recording uncompressed audio to a microSD card. I was taking it on the road and it became very quickly my quick-and-dirty field recorder for registering sound impressions. It will never replace a more expensive device but it provided me with a series of morning concerts of birds in cities and rural areas. Like Scott's invention, it has no playback possibilities.

For the recently opened contemporary art gallery Kanal, a former Citroen car assemblage factory in the centre of Brussels, the media artist Gert Aertsen (BE) was working on a long string installation. I was visiting the location, where they were installing the musical machines for the coming up concert with the musicians from the Ictus ensemble. The performance was an interaction between the subtle composition Nerone's Lyra by Clemens Gadenstätter (AT) and the 5 robotic long string players, or monochordes by Jacob Scheid (AT). His monochorde instrument is actually a little autonomous machine moving over a 10m thin piano string, while moving a violin-like bow to produce sound. The interesting point is that the monochorde is performing pitch detection on the environment, and is trying to match its own sounds with the perceived ones. As such an interesting ensemble of humans and monochordes is being produced in a novel and exciting way. A damn smart musician if you ask me! 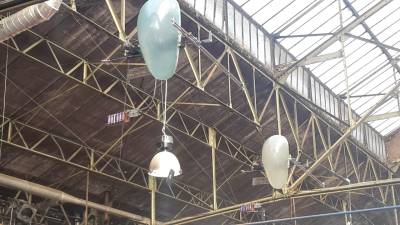 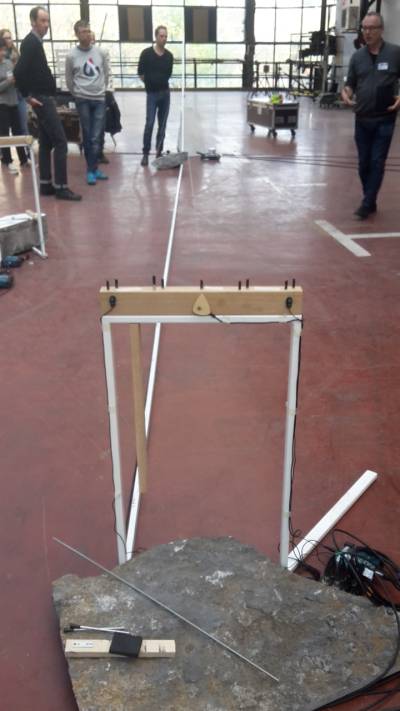 At the same time and with the same spirit of collaboration, a special 'hackathon' was organized, about programming, AR/VR and soundscapes: the soundscape hackathon.

It was like a collective game for programmers and sound artists, urban designers, engineers. Four international teams from Italy, France, Austria, Spain, with 3-4 people per group participated. Most of the hackathons are just for nerds and engineers, but this one is dealing with urban soundscape design, with a multidisciplinary take between sound, engineering, urbanisation, architecture. The basic material existed of immersive audiovisual recordings (360-degree video and spatial audio). the teams were working on modifications of this, and generating a different 3D context audio and/or visual. It was not so much competitive as it was a challenge for each of the ideas to be realized within a short timespan. Winners were the French group around Raphaëlle Duquesnoy who calls herself a “designer d'espace sonore, ingénieure du son, réalisatrice, artiste acousticienne et audio-environnementaliste”. At the UGent Art-Science-Interaction Lab they realized a magically mixed ambisonics and wave field synthesis sound piece, hinting at new approaches within field recording in combination with composition, spatiality, generative techniques and RT interactions. Maybe there should be more of these collaborations and initiatives, exploring specific new content and technolgy, in an open and low entry way? 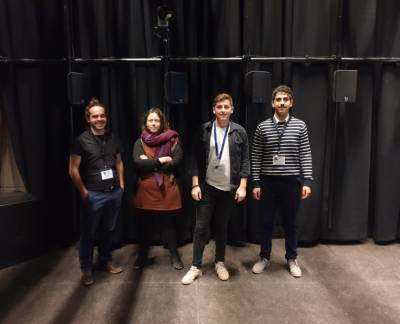 Floris Vanhoof (BE) is a young sound artist, who is profiling himself more and more in an international media-artistic context. He has been working for a while on a work called 'The Fluid Computer'. Apart from the book and vinyl release we visited his spatial setup at the Ghent Academy's exhibition space (KASK), consisting of intriguing cardboard shapes fit with speakers. He built everything from scratch including the multichannel mixer. There has been already a vinyl release with the same name, but we were particularly charmed by the setup at the Ghent Academy's exhibition space. Personally not so fond of his expanded cinema experiments, which dwell too much within a retro analog style, we enjoyed the subtle movements of objects and sound through the venue. Certainly the surprising addition of a Leslie speaker adds to the originality of the work. In his own words: “this installation uses a long string of digital code, as raw material. By filtering these information pulses and feeding them back to the input the sound is colored and we seem to recognize a pattern in the noise. What normally happens behind the scenes of our computer is scattered here in a scenography or large geometric shapes, by the rotating Leslie loudspeaker”. The title seems to be inspired by Daniel Hillis' popular science book 'The Pattern on the Stone' (1998). 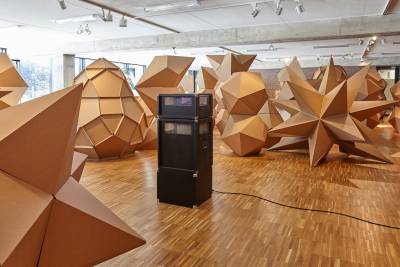 Some days later we met up with computer music pioneer David Rosenboom for his concert in the Brussels venue 'Les Ateliers Claus'. Next to his own experimental compositional work, he was part of collaborations with for instance Jon Hassell, Jacqueline Humbert, Terry Riley, and Anthony Braxton. Then his research into complex dynamics and neural biofeedback, drove Roseboom in the 1970s to experiment with EEG's and music. In 1975 he released 'Brainwave music' which recently was re-released and expanded. There is also a new 35 minute version of Rosenboom’s “Portable Gold and Philosophers’ Stones” on 'Deviant Resonances“, his last double-CD release. Recently he also started to tour again, with the latest portable EEG equipment. The pieces are based on a sonification of brainwaves, which in turn are modified by the listening process itself. David Rosenboom also introduces musical sequences which in turn generate sound differences in the perceived EEG data. Also the listeners can manipulate the sounds in a creative way. It is a kind of coupling of brains, people/listeners, musicians and instruments. The result is a kind of spectral music, patterns of resonances, and Rosenboom stresses the fact that it is a creative work using scientific and sound technology, but closely linked to an awareness of the nature of listening itself. Since the 1970s the sound synthesis has changed and on stage he is using an immersive 6.2 speaker configuration. Apart from the Yamaha piano, we noticed at the core of the equipment Tom Erbe's Morphagene eurorack module (check it out!). 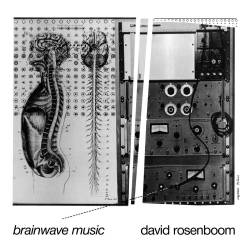 Some projects we were following over the last years go even further. The first one also in a coupling with a physical piano. Eduardo R. Miranda (ICCMR, Plymouth University) has been working for years at a biocomputer for musical composition and performance. The biocomputer consists of programmable living organisms which are cultivated on circuit boards, and which are capable of growing their own circuits. They become responsive for resonances and respond, triggering electromagnet vibrations on piano strings. Miranda is currently performing live with the thing, and was recently at Ars Electronica (Linz, AT). In the two available documentaries one can hear and see this astonishing instrument.

Another robotic sound installation one could have seen on AEC, is by the artist Patrick Tresset, who creates environments in which robots perform. La Classe is a traditional teacher-student set up in which the robotic “students” learn how to draw from models and examples, using machine vision. A noisy and concentrated classroom, with students drawing lines and shapes, learning to match the original on the blackboard! But just listen…

Time to return home. On the train back we were listening to a Peter Zinovieff interview by Radio Web Macba in Barcelona. Zinovieff is a hardcore experimentalist, and known as the 1960-70s inventor of the EMS synthi-100, and the VCS3 (that turned Brian Eno into an electronic musician). He is still a sharp and radical thinker, and in the interview he seems to criticize his own achievements, swearing by the possibilities of computer music instead of modular approaches. On to Hamburg where accidentally we saw both the original and a remake of Victor Papanek's 1962 Tin Can Radio at the Museum für Kunst und Gewerbe. Simple, cheap and immensely beautiful. The trainride to Berlin was spent reading his groundbreaking and inspiring 1972 essay 'Design for the Real World: Human Ecology and Social Change'. And shows how to make your own radio from recycled materials. To be combined with Tetsuo Kogawa's designs of course… Let's take over the FM radiowaves, now all radio stations go digital! Let's reinvent spectra, synthesis, and waves and mould it into something new. Back to Prague and then into Vysočina, while reading Stefan Helmreich's Sounding the Limits of Life: Essays in the Anthropology of Biology and Beyond (Princeton Studies in Culture and Technology, 2015). It is a daring questioning of the relativity of categorisation and how today's scientists and audio-engineers are redefining our basic concepts of life, water, and sound. A tip from a friend (GND), transfered to you now, a true must-read! 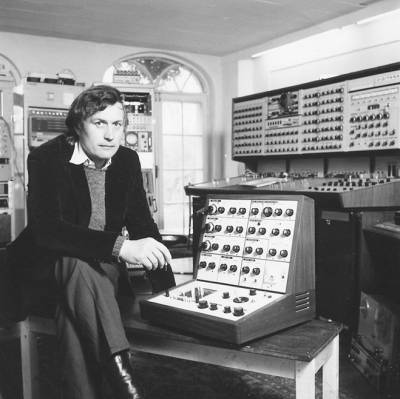 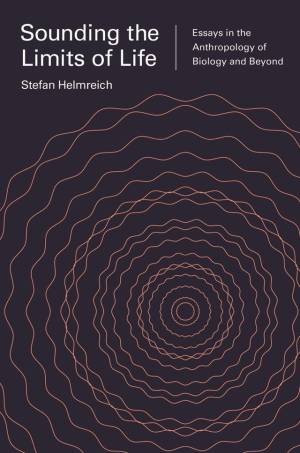 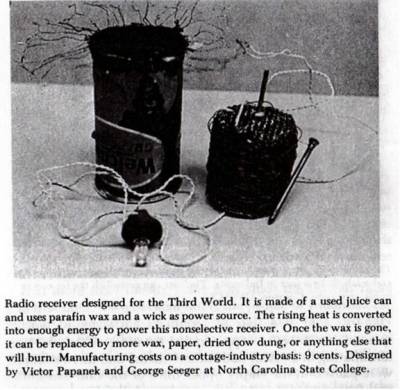